And now some good landrover news.

So the good news today is that the disco went to my local garage for a cambelt change, plus a replacement fan belt and alternator belt. The quote was for about £300 - which was reasonable a friend told me she was charged over £600 at a local garage.

Well done Mark and team at Malborough Garage St. Levens Rd. Plymouth. I've used em for the last 5 years and they have never let me down. 5 stars from me.
Posted by Rob Burton at 7:13 pm No comments:

Beware the Cowboy - a lesson learnt

More electrical drama with the disco.

So Jason fixed my land rover by sorting out the electrics for me and charging me £100 for the pleasure and looking under the bonnet it seemed like he had done a good job. All the wires were nice and tidy and of course it was going so I could drive it again. 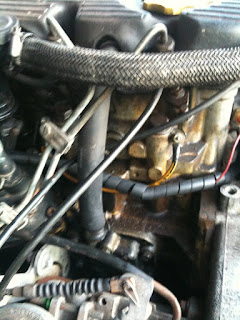 Unfortunately I was struck down with a kidney stone and didn't get to drive the disco until last friday when I had to go up to the Hospital to pick up some medicine. On my way home I noticed that I seemed to be driving in a cloud of smoke. I soon realised that I was creating the smoke and yes once again it was coming from under the bonnet!

I stopped opened the bonnet and quickly noticed that I had a fire in my engine bay - yikes - panic! 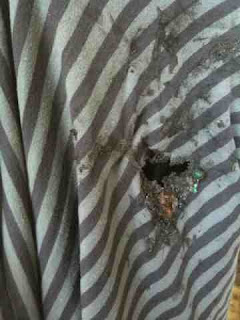 Burnt tshirt
The cause of the fire was the shoddy workmanship of Jason the 'auto electrician' that had routed the cable over the exhaust manifold. - What a dickhead! 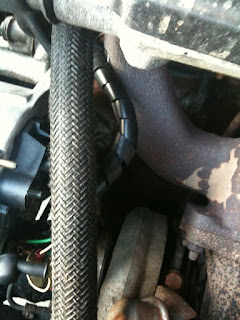 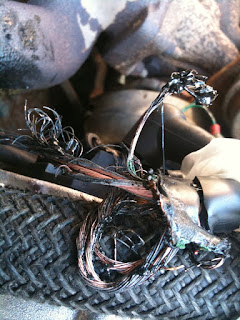 Jason, the professional that he is, once having been told about the fire and the damage, refused to answer any more of my calls or txts asking him to come and fix the damage cause by his stupidity. And I did ask him politely and I wasn't angry - despite the fact he could have killed me and my dog and burnt my disco to a cinder.
So fortunately I guy I know a bit is an ex military auto sparks and he did the job for me last night.
So the disco is back on the road and is booked in for the casmbelt change tomorrow.
Lets hope the dramas ease off for a while.
Costs so far:
Alternator £55
Battery £80 ish will dig out receipt when I have a minute
Electrics £100
Repair burnt electrics £30 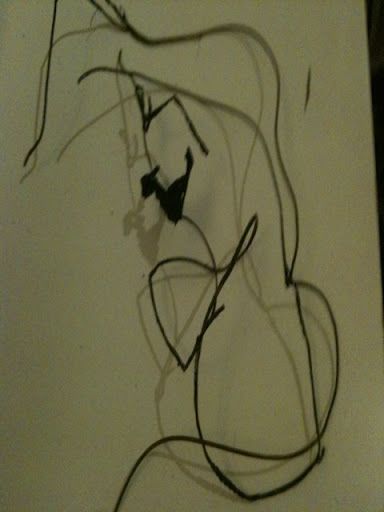 No this isn't some sort of Modern Art this is the burnt wiring that caused my Disco panic last week when clouds of smoke poured out of my dashboard.

These are the wires that caused it. Not much plastic insulation left on them - most of it has melted.

Caused according to the sparks that sorted it by wires rubbing against stuff in the engine compartment and finally shorting out causing said plumes of smoke and stalling engine.

He also said if the circuit was a continuous one ie on all the time I would basically have been left with a pile of smoldering aluminum. As fire would have been a certainty.

That and the loads of seemingly diy wiring in the engine compartment. Now, of course, nicely squared away and shipshape like what they should be.

I'll take a picture when I can and post it.

So rolling total of spend on the disco

Alternator £55
Battery £80 ish will dig out receipt when I have a minute
Electrics £100.

I've still got my Landrover!

The bidding was creeping up and I was hopeful of getting a good sale what with 24 people watching the auction and well over 500 actually having a look at the page.

At the 20th hour, the auto electrician that had come on Saturday at the behest of a mate to give my Disco the once over txted me and asked me to call him.

Turned out his mate had bought something else so was no longer interested in my Disco (remember they had bid £500 cash on Saturday - but I had decided to let the auction run) so he could come and fix the vehicle for about £100.

So I took him up on his offer and closed down the auction. This morning I left the keys at a local garage (the one I usually use by coincidence - the electrician is a mate of the owner) and before lunch I had a call that my disco was fixed - all the electrics tidied up and bingo I'm back in business.

That I am pleased is a bit of an understatement.
Posted by Rob Burton at 3:03 pm No comments: 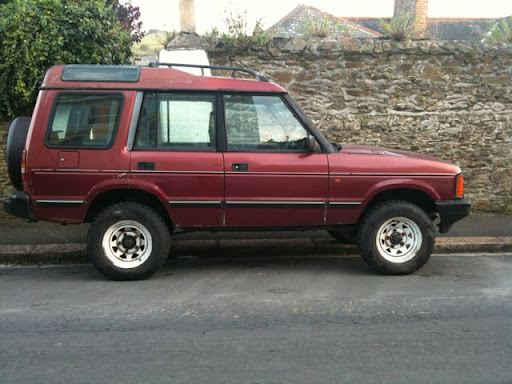 So the Land Rovers on eBay and we're entering the end game. There's 1 day 14 hours left as I write 21 people are watching the auction and someone has started the bidding at £400.

BUT I've had some one come and look at it for a mate. He was an auto electrician and he had a good poke around. Did some jiggery pokery with a wire and we started the engine. And even with the little I know it's a good engine. Only done 100k.

So what to do? My instinct is to let the auction run and see where it goes. If I only get my £400 back - well it's a lesson to be learned.

I'd hope to break even ie get what I paid and the alternator and battery back.

What's this the oil light is on. So check oil - that's ok. Hmm wonder what that is?

Get home. Sit outside with the engine running thinking about the oil light when the engine stalls and lots of smoke comes out of the dashboard.

I don't think I've got the ability to sort that and I think it could be expensive.

So the new Landrover Project is now back on eBay.